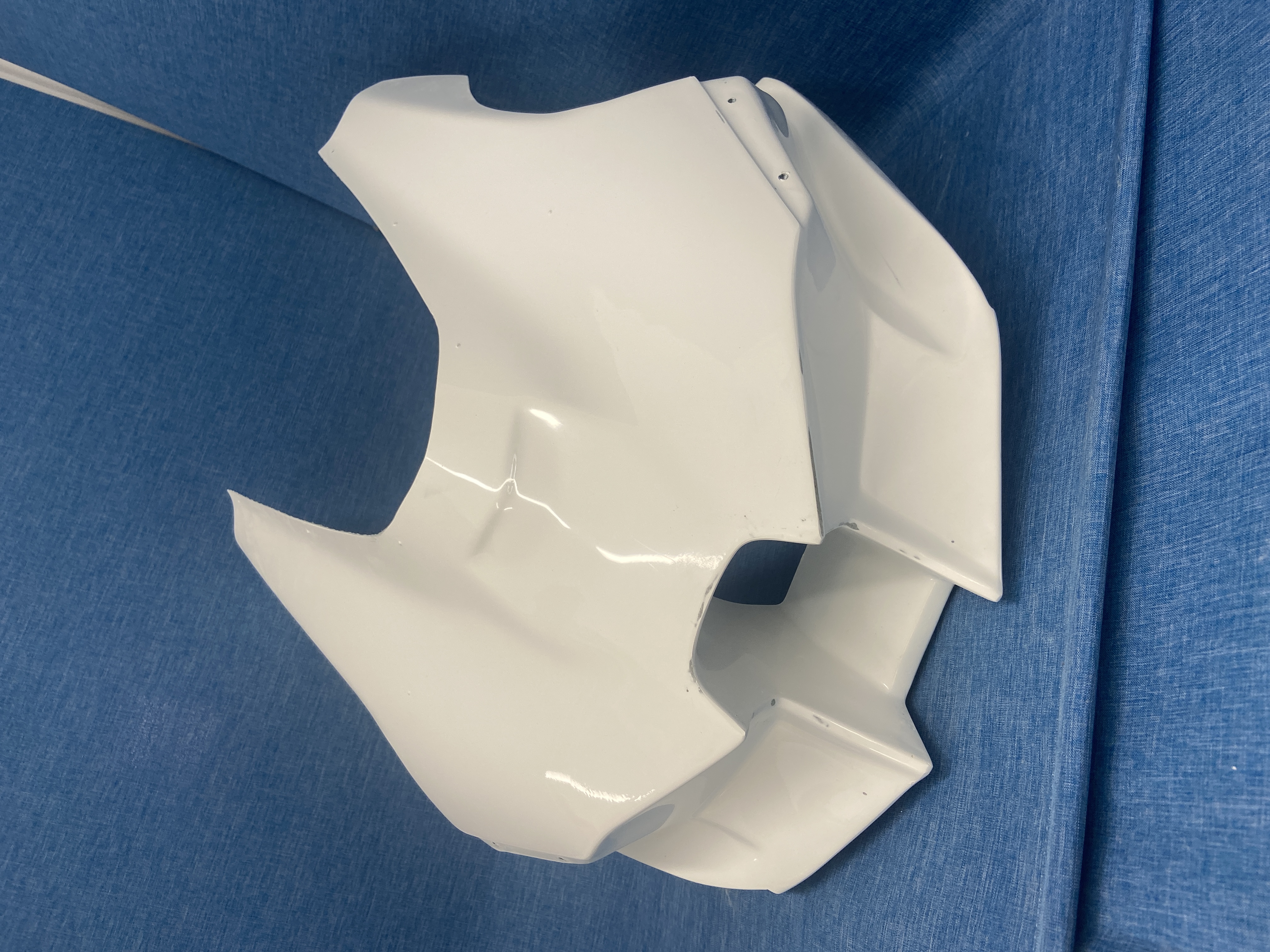 We are really happy to announce, that new race fairings for Kawasaki ZX10 2021 – 2022 are ready in production, so you can order it on our internet shop! We developed this fairings with superbike race teams to find best solutions between fitting and aerodynamic! Fairings are possible to produce in Fiberglass, kevlar-carbon or Carbon. So don´t wait so long and fit your baby with our new race fairings!! 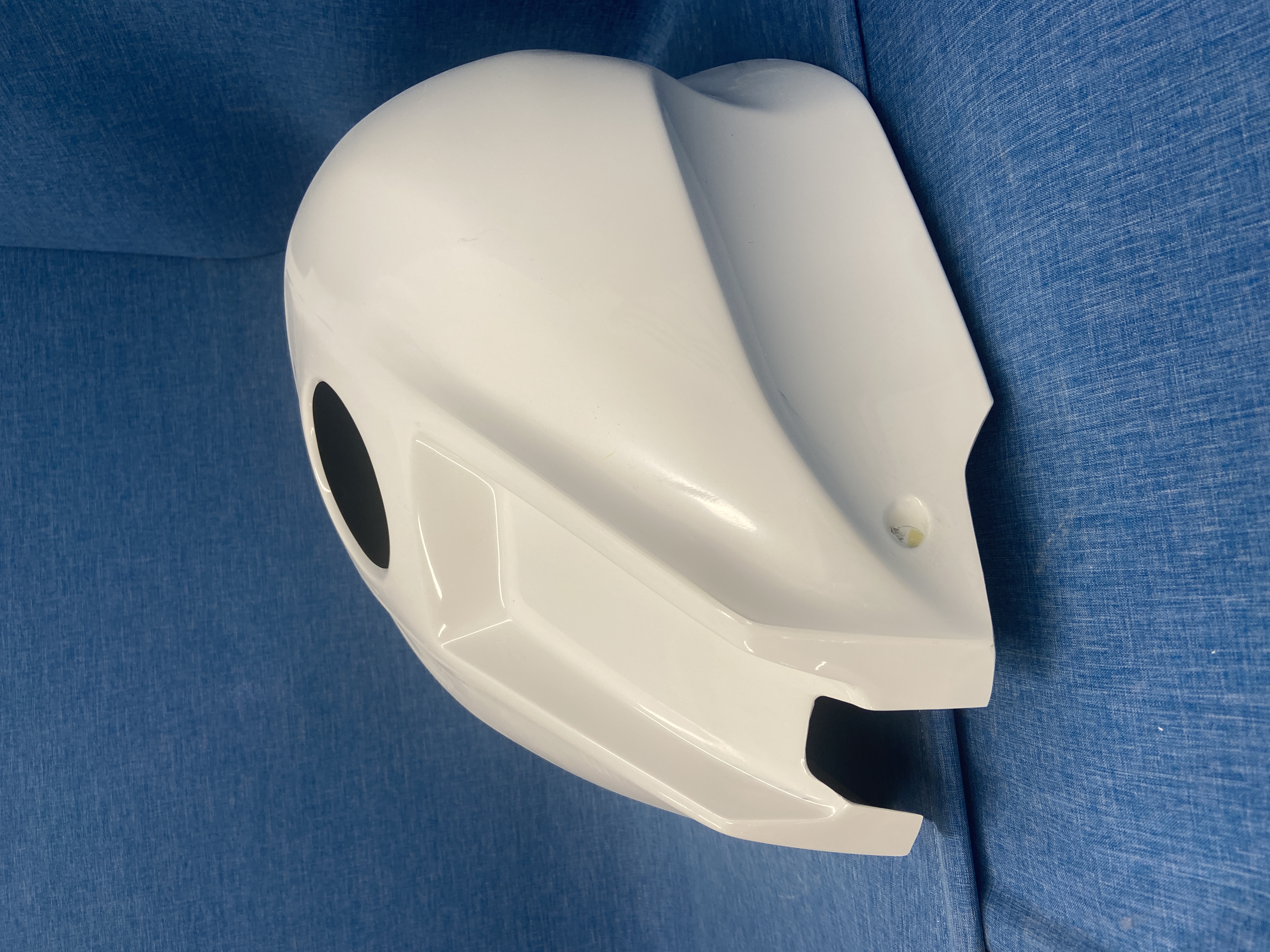 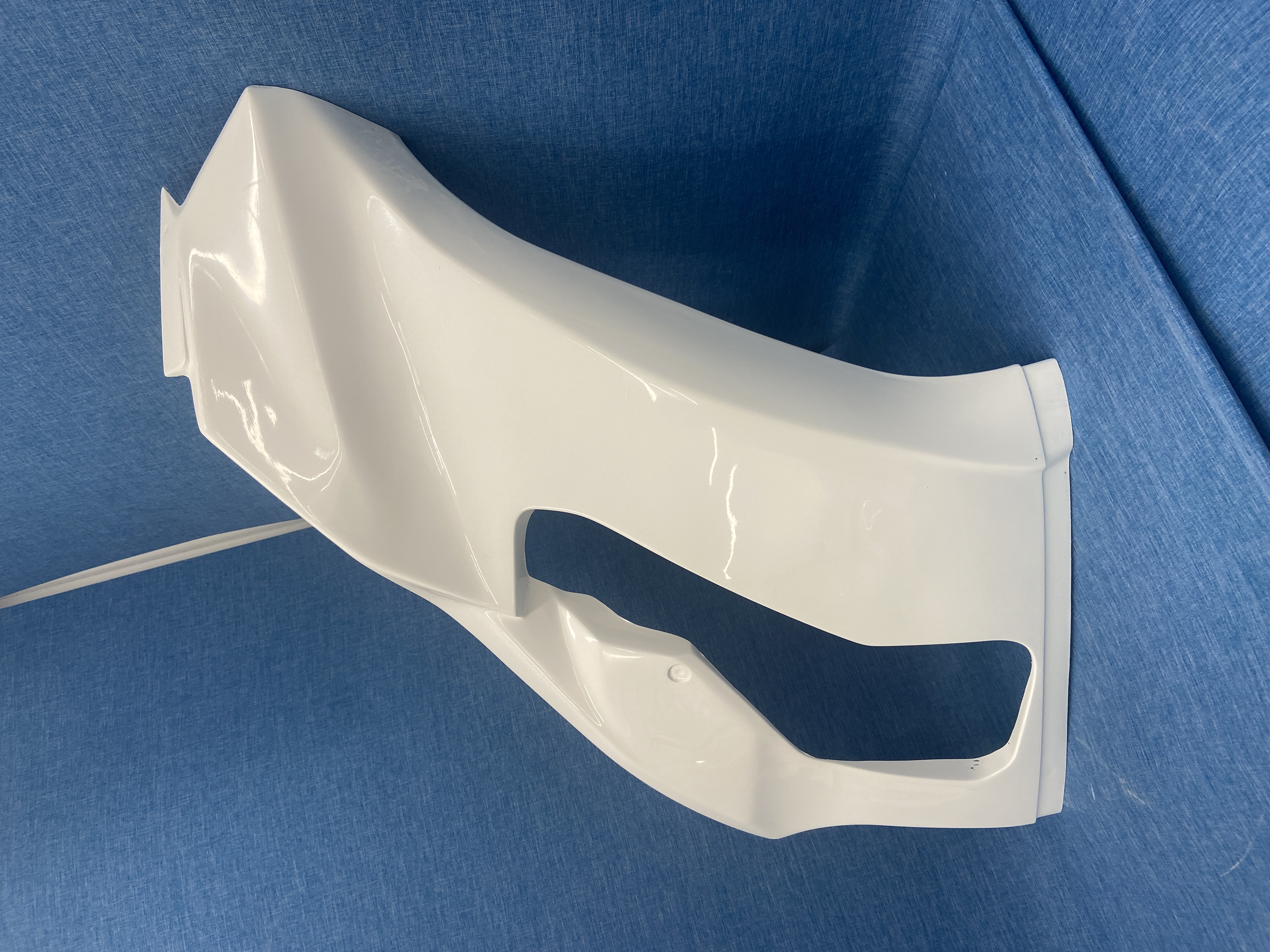 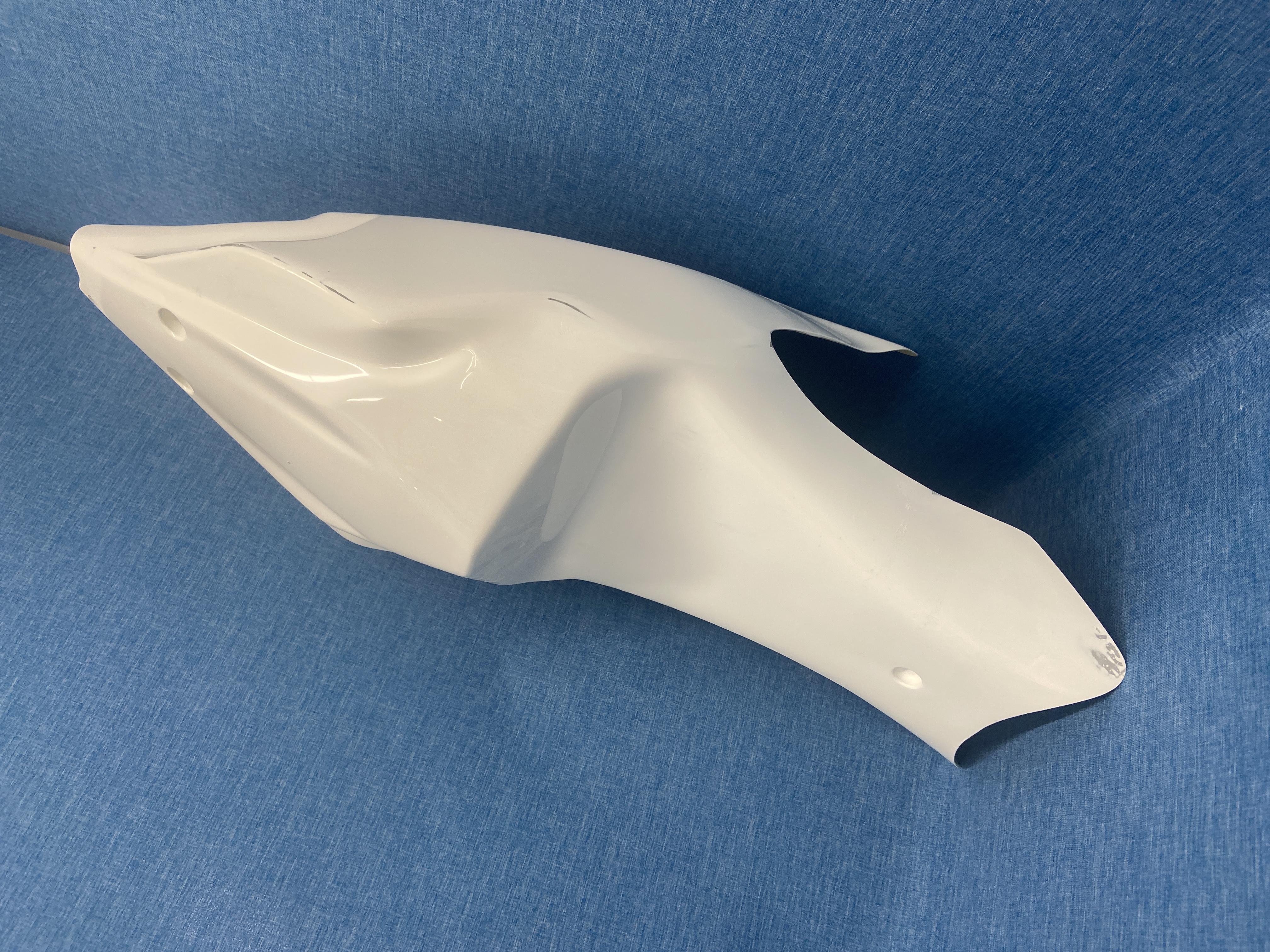 The 2022 KTM RC 390 is a high-performance Supersports machine with its roots firmly planted on the race track and we are really happy to announce that we have race fairings ready!! 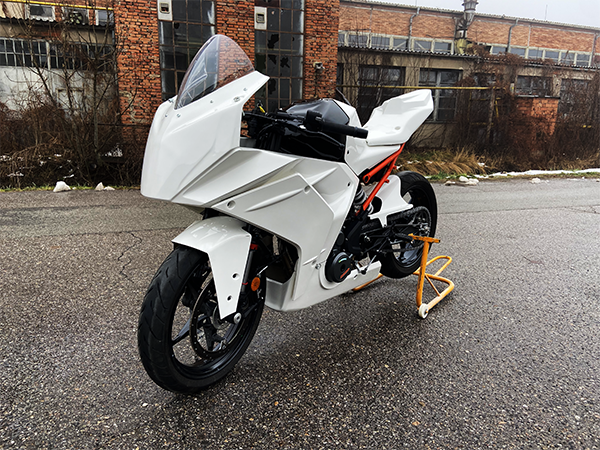 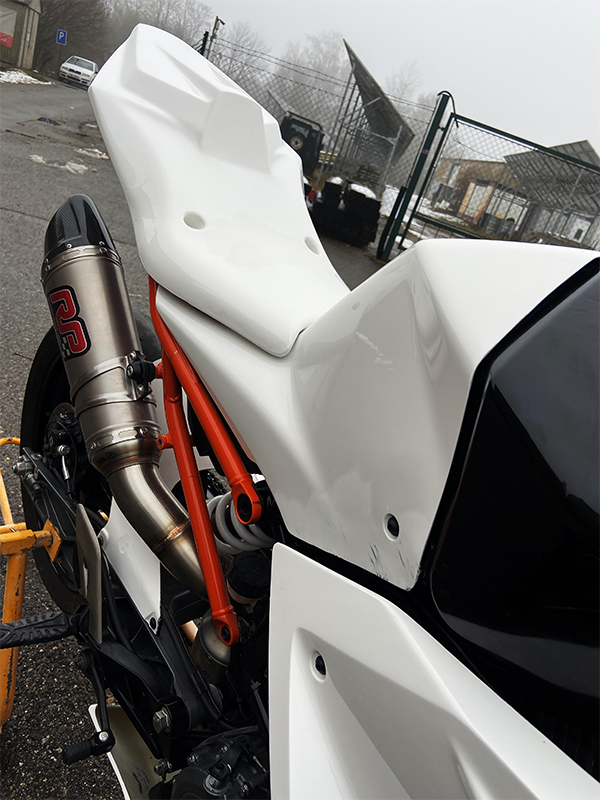 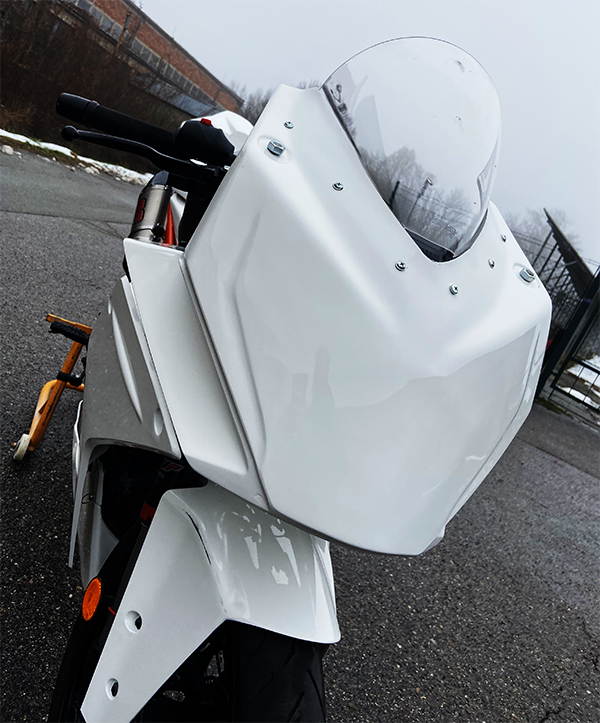 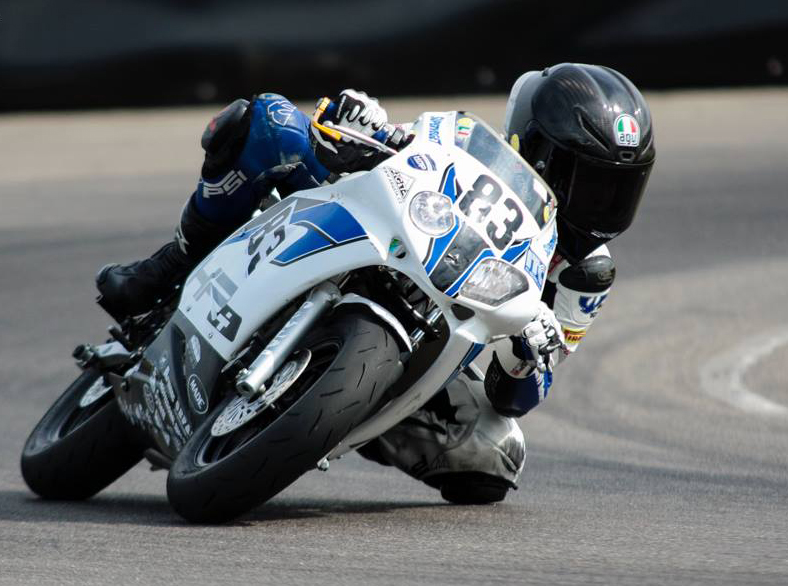 Amazing result for czech TME racing at Most!!

Amazing result for czech TME racing at Most!! Second place in World endurance championship in Superstock class. Their Yamaha R1 2021 has our racing fairings, so they were test in really hard and cold conditions! Congratulations for complete TME racing and riders Dominik Jůda, Oliver Konig and Filip Salač. 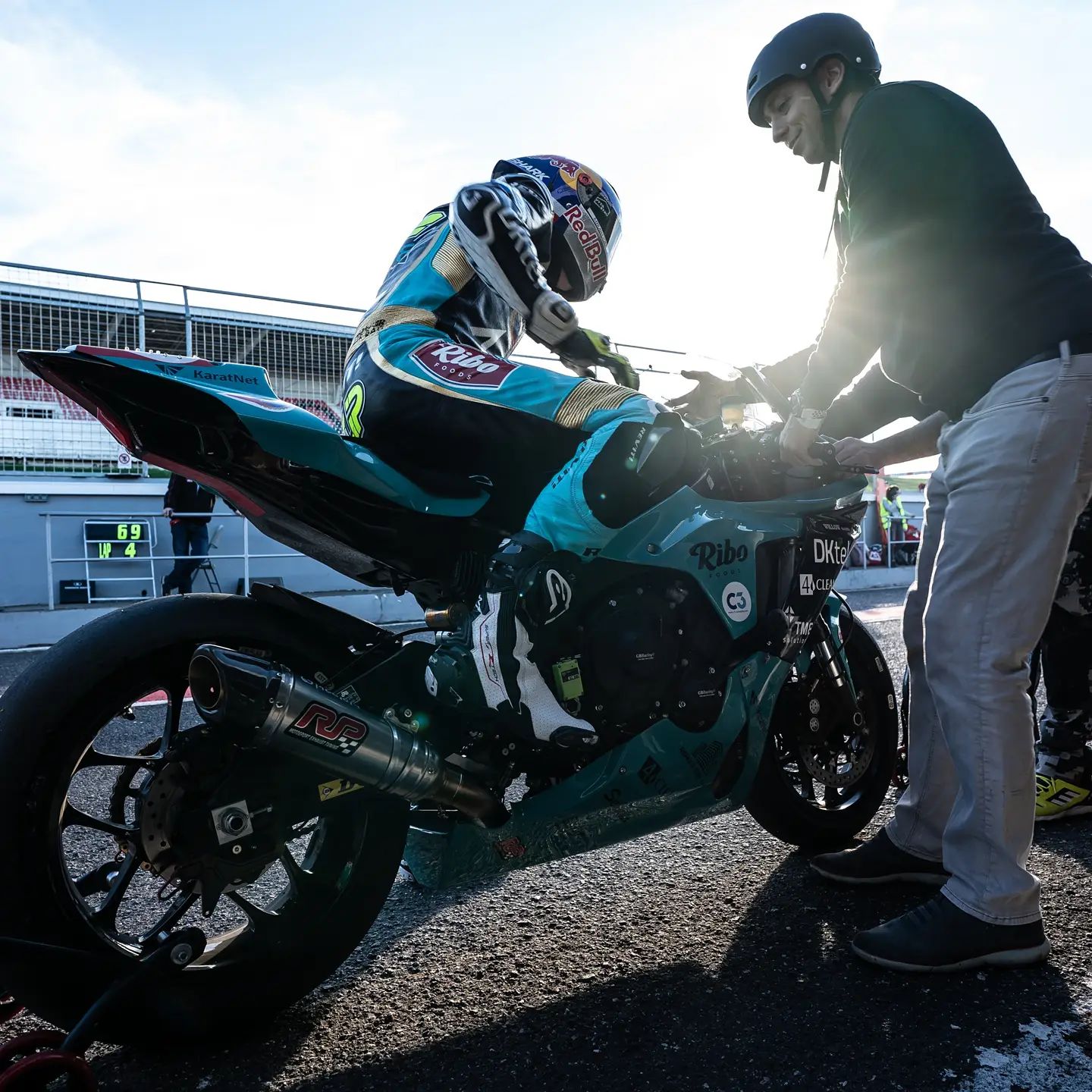 Perez Gonzalez made a mistake whilst fighting through the field, Kocourek improves 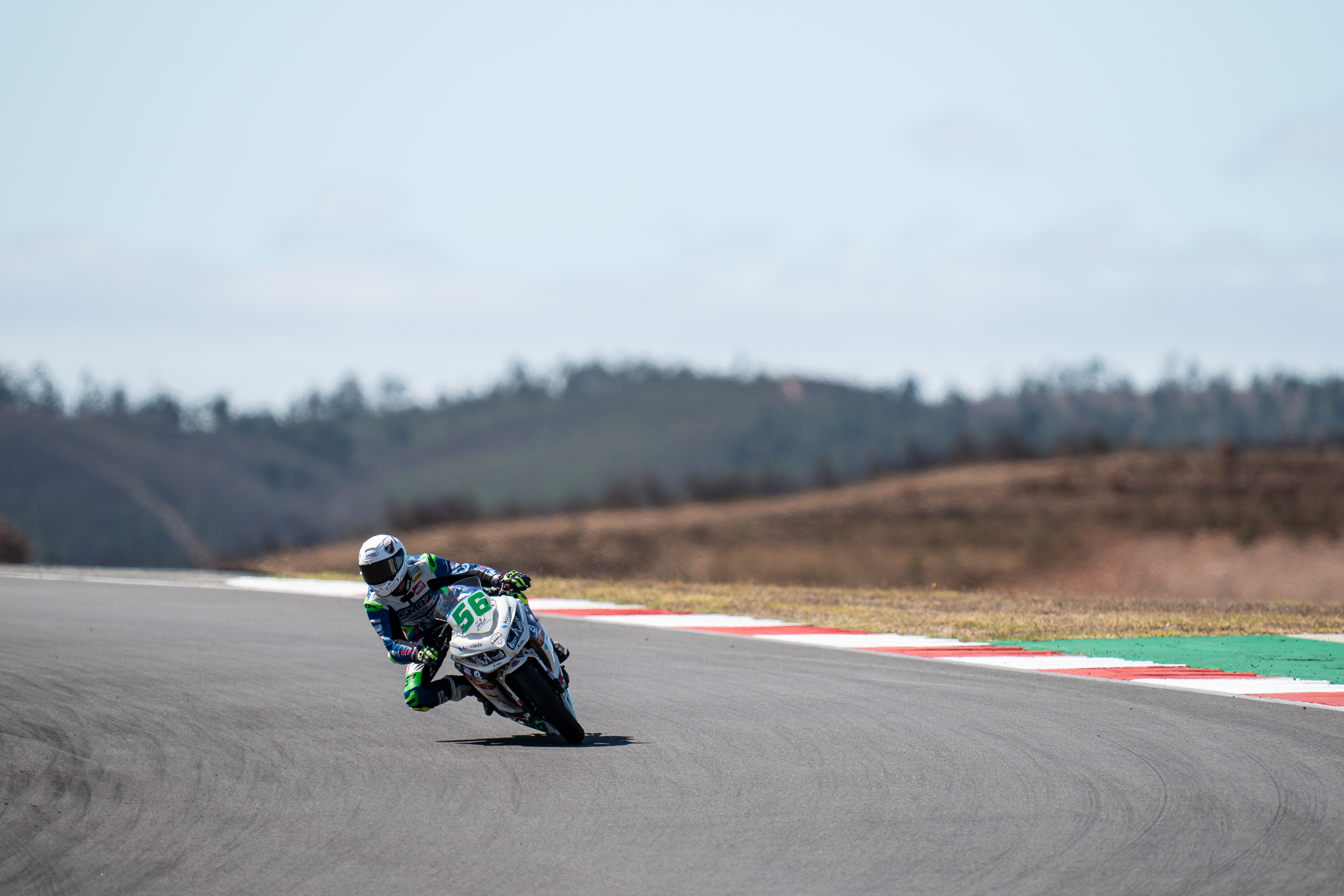 The penultimate race of the 2021 World Supersport 300 season took place today on the circuit of Portimão in Portugal, which is called the “Roller Coaster” due to its unique layout. After a difficult qualifying that was marked by a strong wing and a red flag, both Accolade Smrz Racing riders were looking forward to the race to show their true potential. José Luis Perez Gonzalez embarked on a mission to catch the front group immediately after the start and was able to get into point scoring positions after a few laps. Then, unfortunately, he made a mistake and his effort to score world championship points ended with a crash. Jonáš Kocourek showed good performance in his only second race weekend in the world championship and on a difficult circuit he does not know. He crossed the line in 30th position and improved his personal best lap time in the race

The second race of the World Supersport 300 category on the circuit Barcelona-Catalunya did not disappoint as usual. After a difficult qualifying on Saturday, both riders of the Czech team Accolade Smrz Racing had to fight through the field once again. José Luis Perez Gonzalez managed to find his way through from 28th on the grid to 12th position in the middle of the race. After a close battle in the leading group he only just missed out on world championship points when he crossed the line in 16th position after the chequered flag, only 2.2 seconds behind the race winner. Victor Rodriguez was also able to overtake a number of riders and finished the race in 20th position from 33rd on the grid. The next round of the World Supersport 300 championship takes place next weekend in Jerez, Spain. 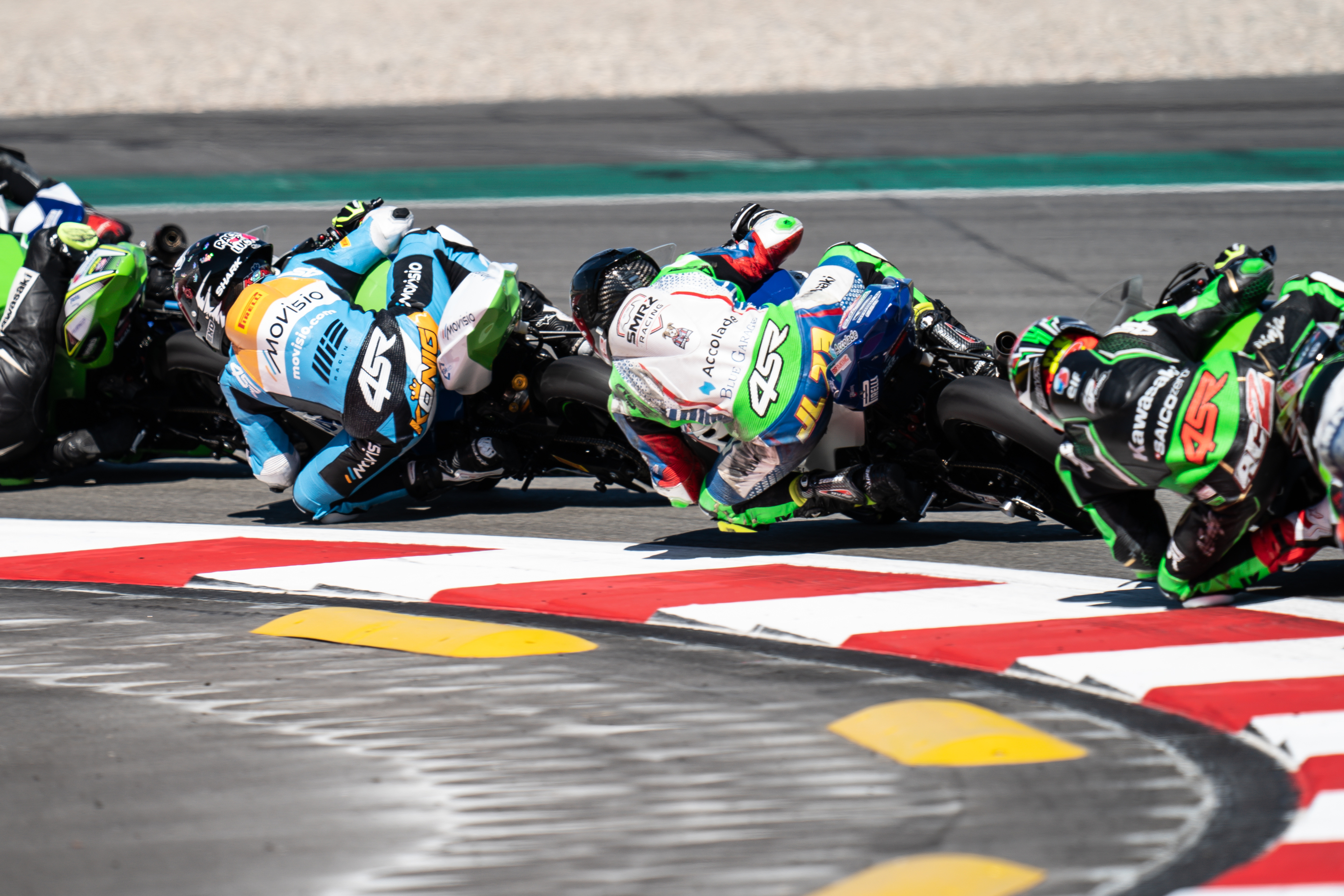 Do you know that for some models we have race wings? Yes, race wings like you can see on Motogp Motorcycles!! For future we want to develope this race wings for all new models, so you can use it for you standart Motorcycles! At the moment we have it ready for Aprilia RSV4 1100 2020 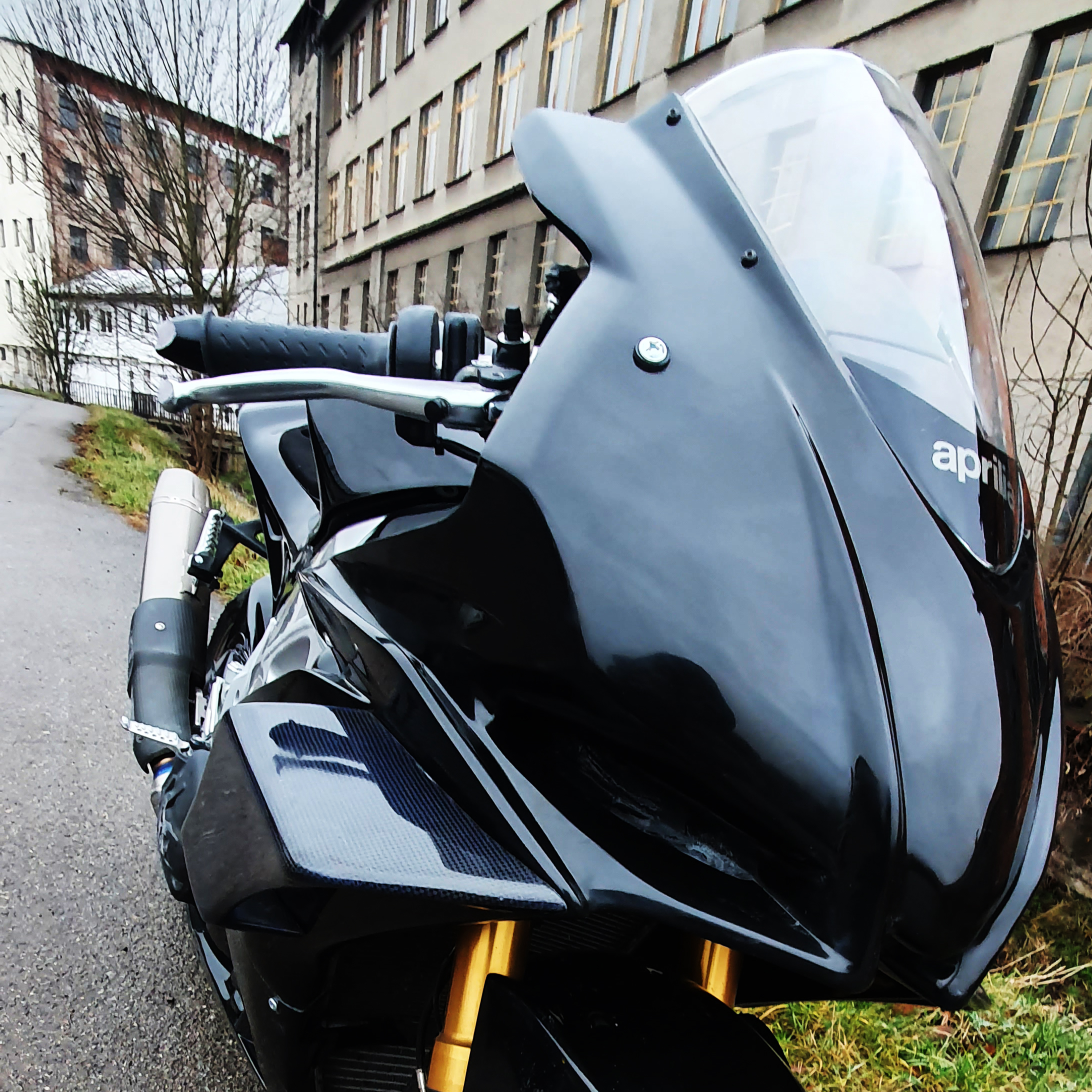 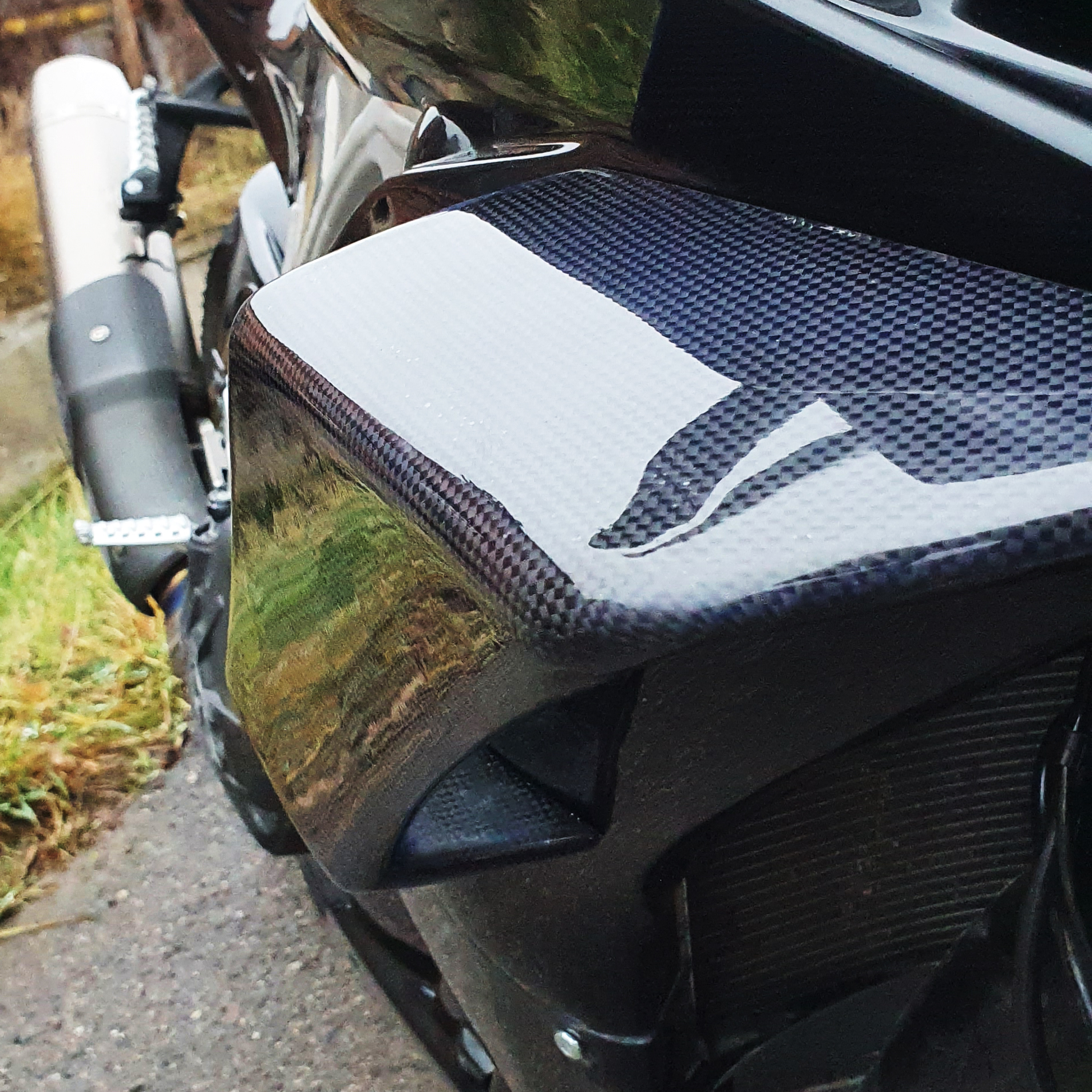 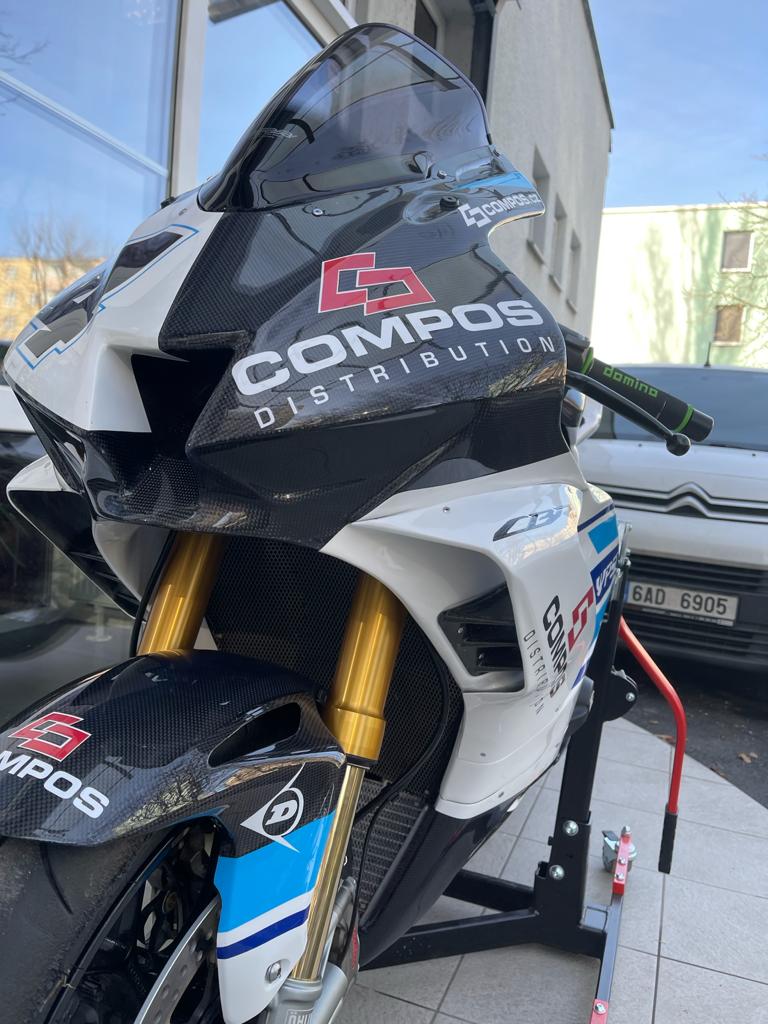 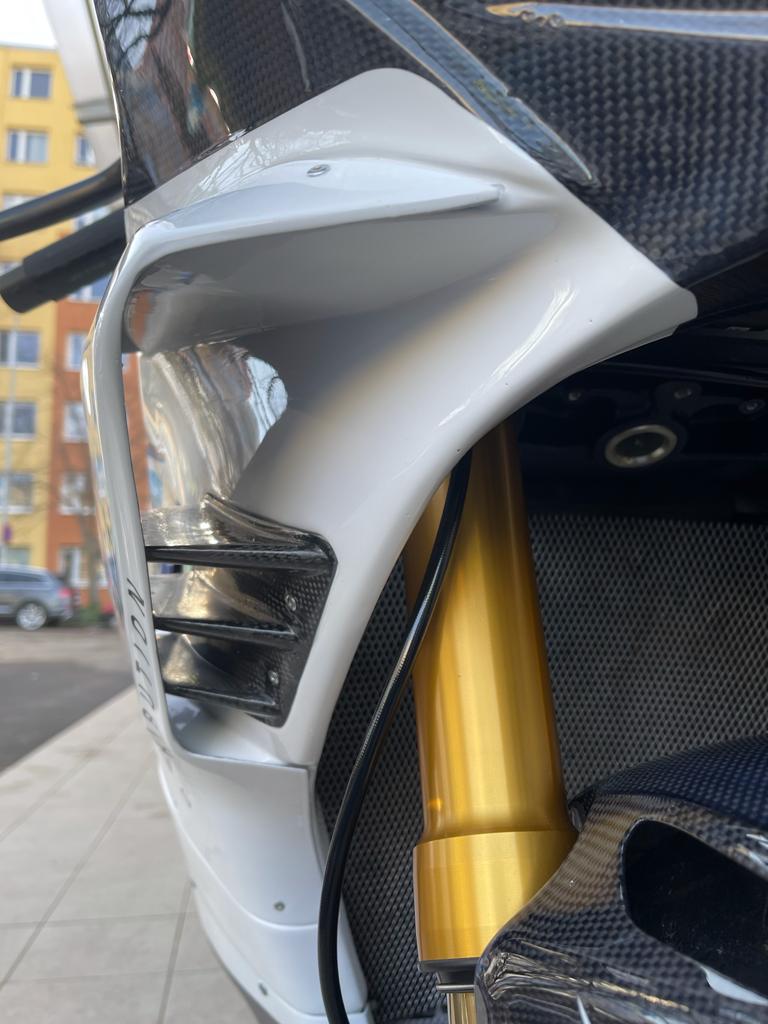 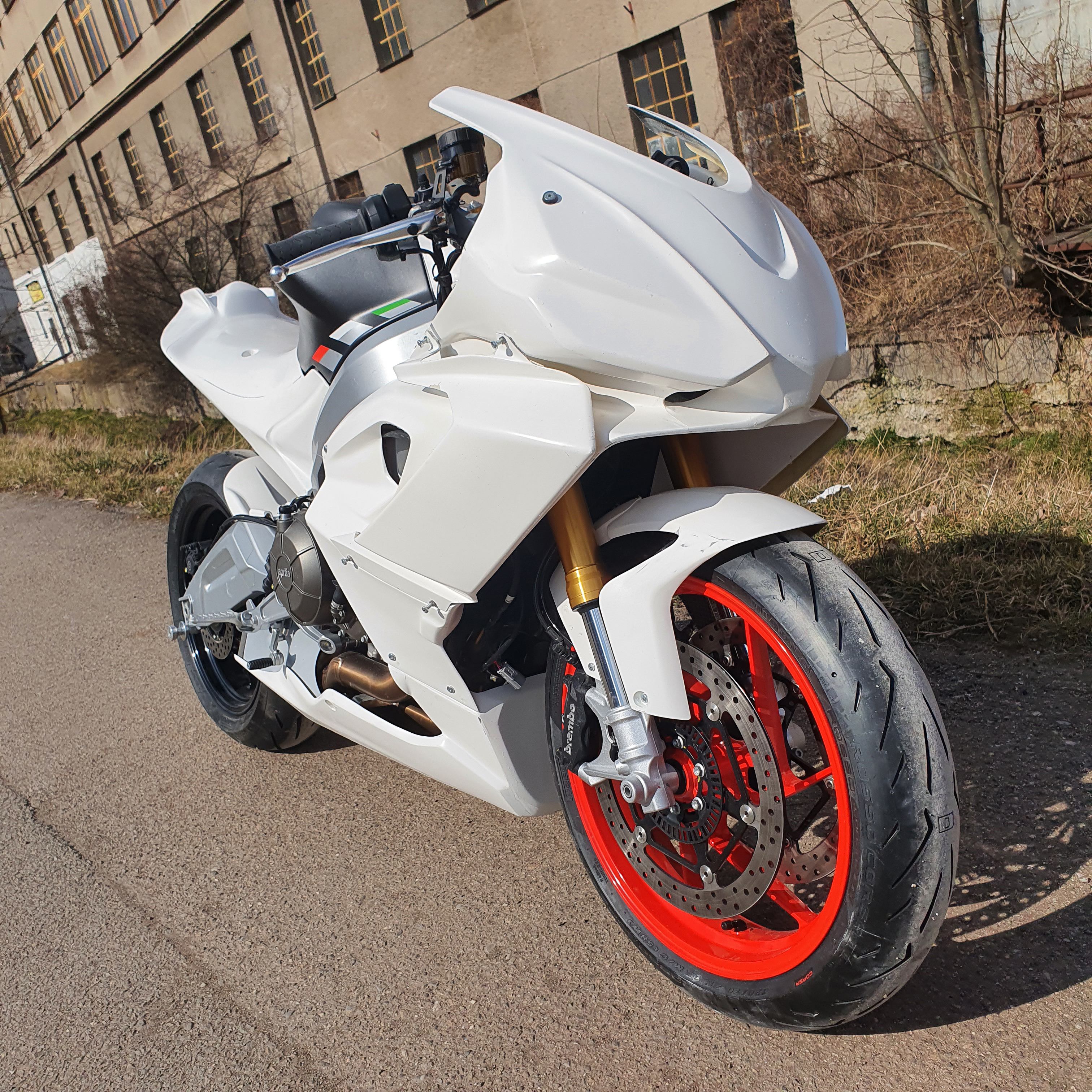 we want to introduce you new race fairings for APRILIA RS660 2021!! Aprilia RS660 2021 ready on our website for order, we are able to produce it in fiberglass, kevlar-carbon or carbon.

First points for José Luis Perez Gonzalez, unlucky Victor Rodrigez taken out by another rider Mixed weather conditions were reigning at MotorLand Aragon this Sunday to spice up the opening round of the 2021 World Superbike Championship. The warm-up session was wet for all categories, but the track dried out by early afternoon for the second race of the World Supersport 300 category. Victor Rodriguez was a victim of a first-corner crash on the first lap of the race, due to a mistake of another rider, which took the Accolade Smrz Racing rider out of the race. José Luis Perez Gonzalez had a great race and was able to fight in the leading group right until he lost a couple of seconds after a contact with another rider. He was still able to score three points for a 13th position and the first points of the season for the Czech team. 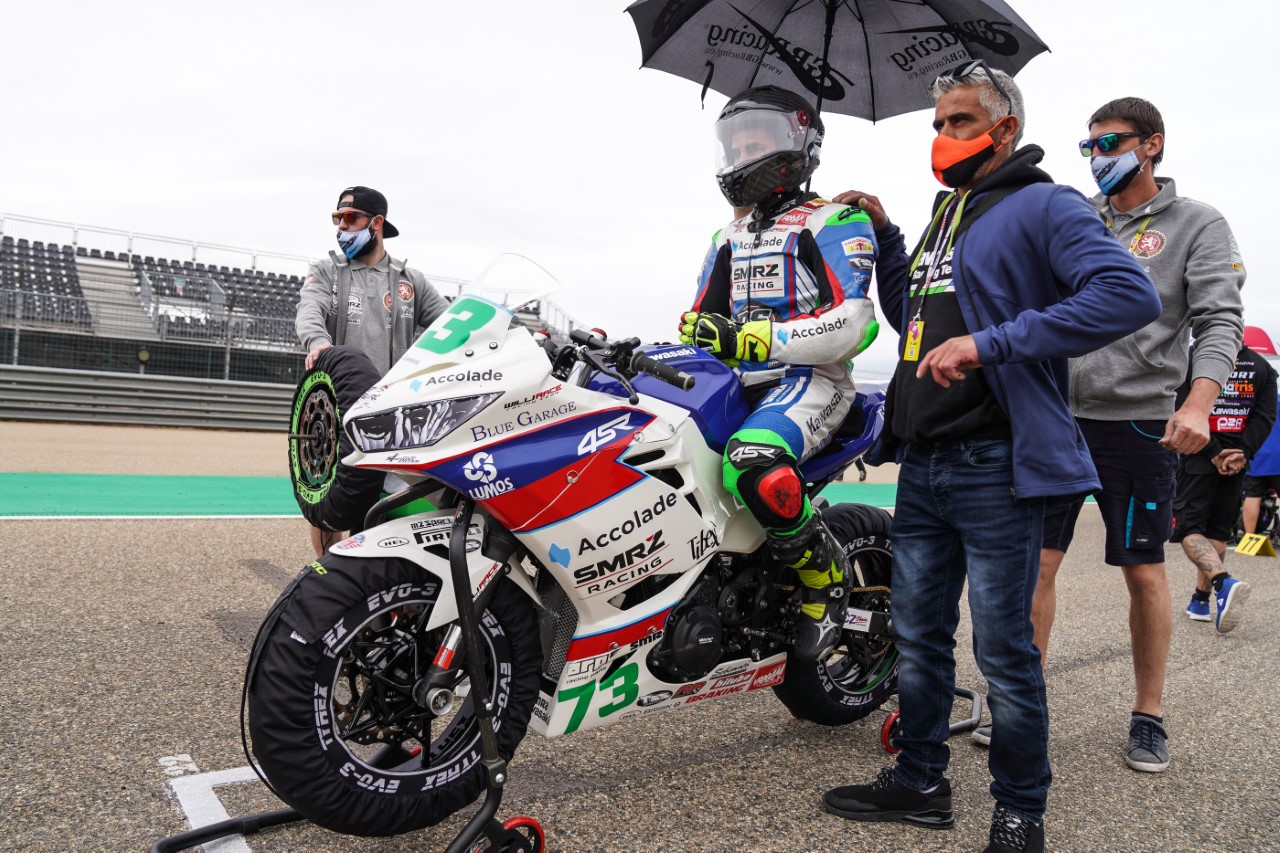 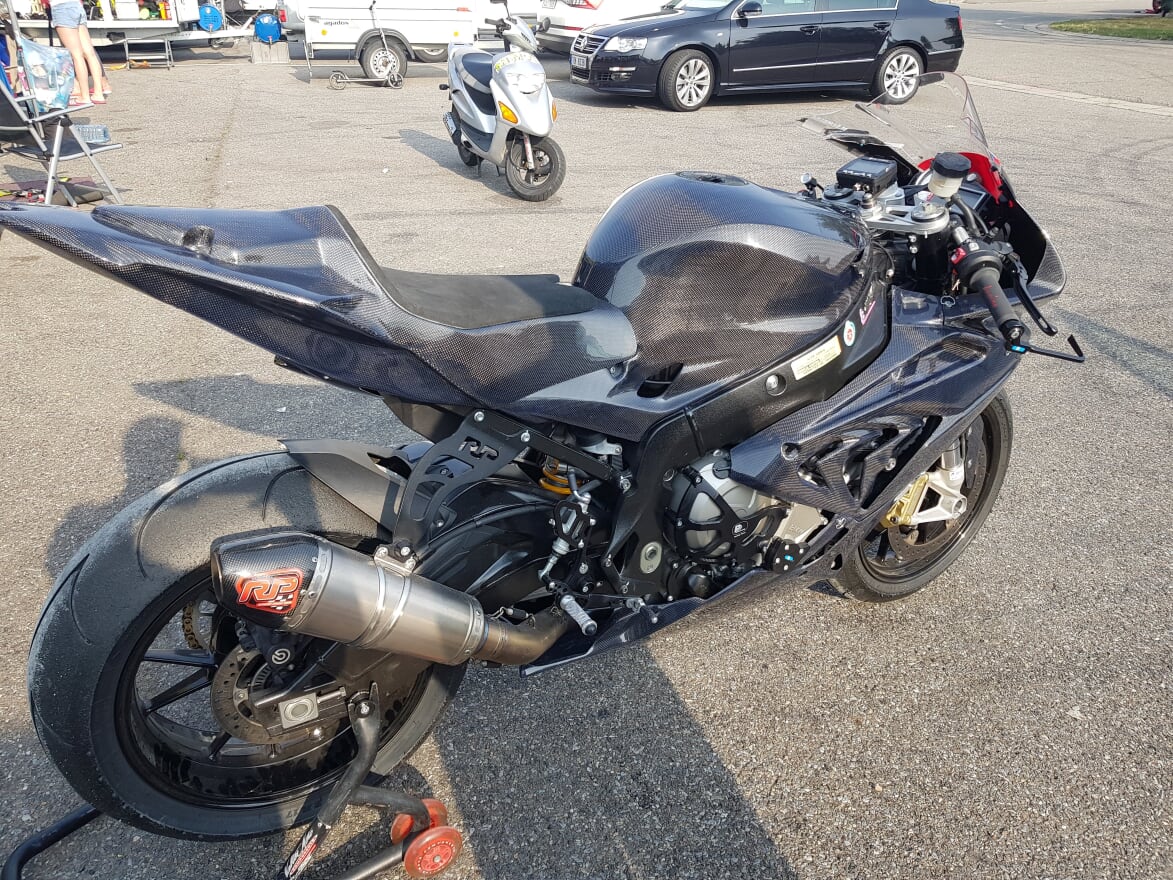 Last weekend we can see Filip Salac in his home motogp race on the Brno race track! For him it was unlucky race, but we believe that this young talent will make great results in next races!! He use sebimoto fairings for his triumph training bike. Good luck Filip!! 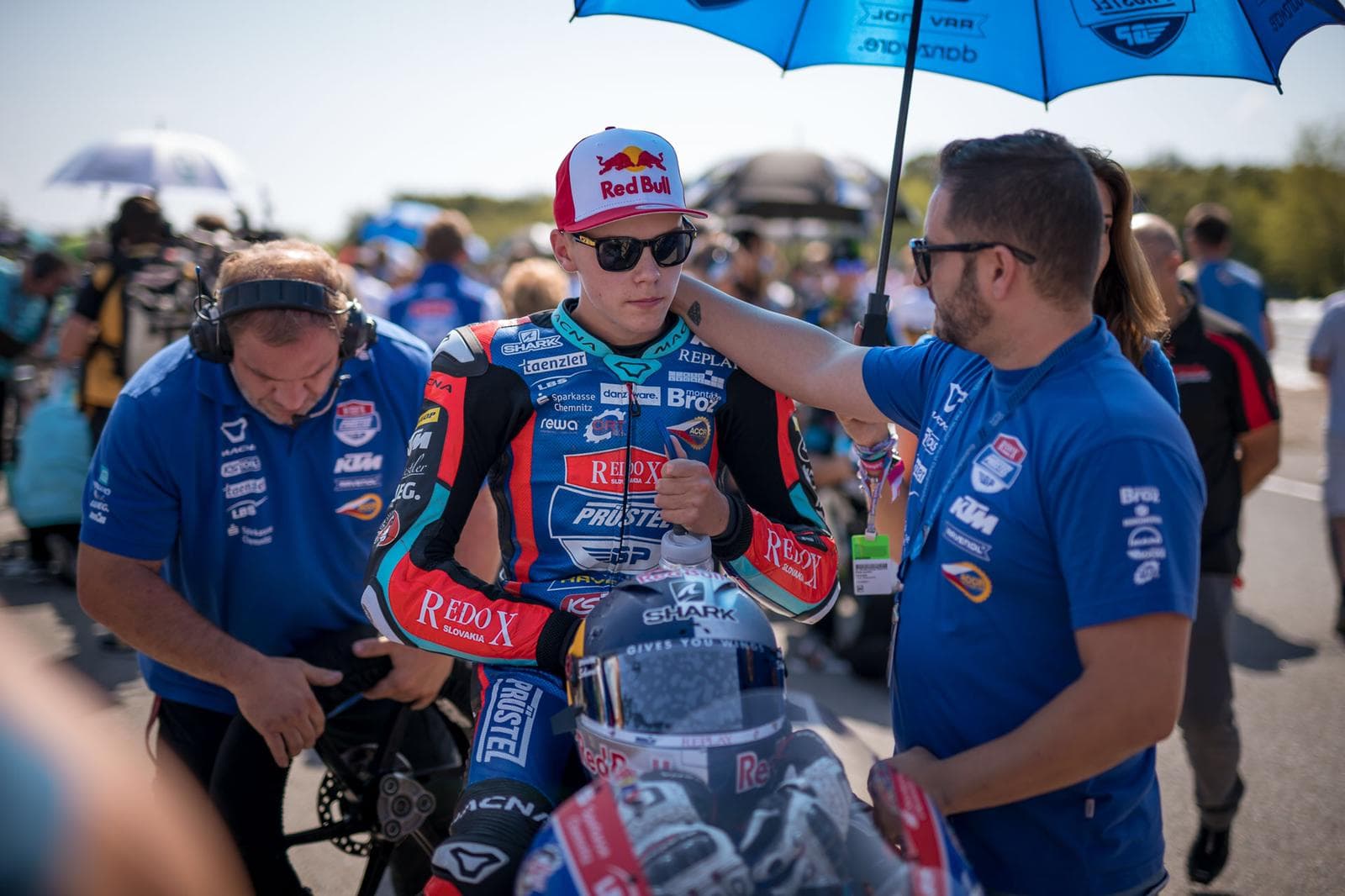 For all our racing seats from fiberglass, kevlar-carbon or carbon we start production of this types of seat foams. 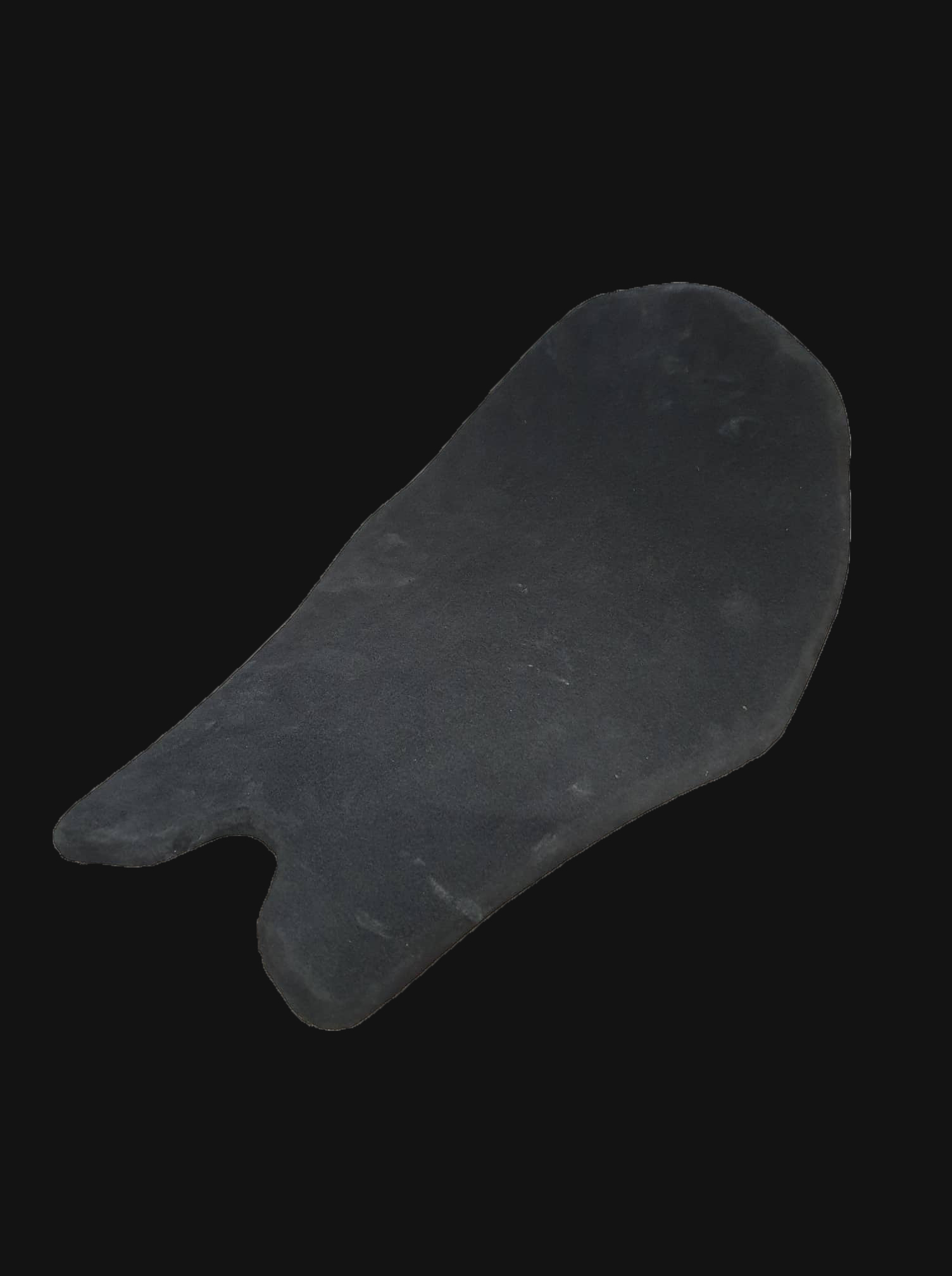 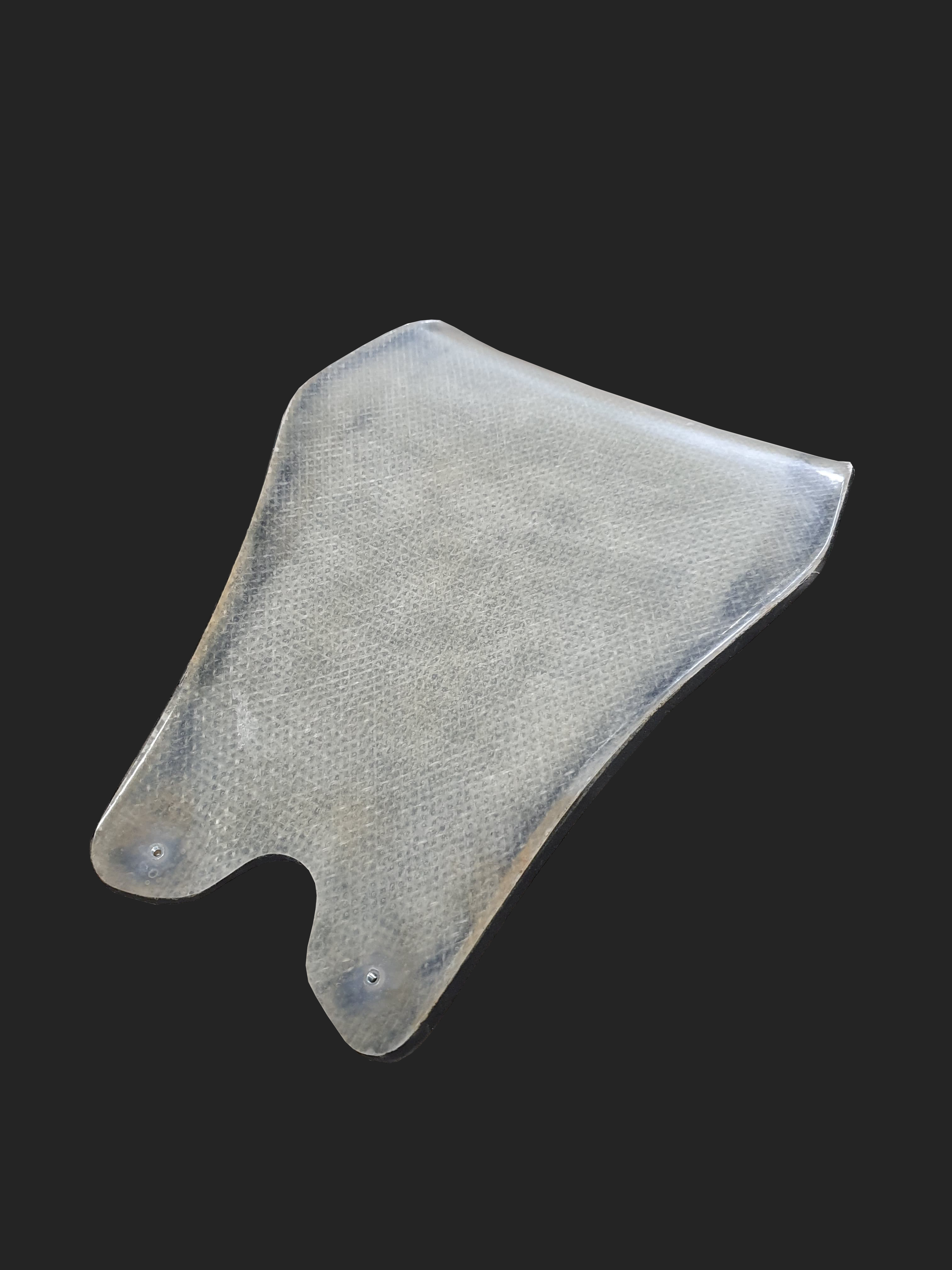 In order to serve our customers even better, we have enabled a live chat on our website. Here you can get in touch with us and ask anything you may need to know about our motorcycle fairings.